We have taken two of our favorite Southern Appalachian species and distilled their needles together. Eastern Hemlock (Tsuga canadensis) essential oil has become a customer favorite due to its deep-green woodsy aroma with a touch of rich black soil & camphor. Fraser Fir (Abies fraseri) is our best seller since it smells just like the country’s favorite Christmas tree; sweet, bright, balsamic, with a touch of vanilla. Together, these beautiful trees represent the highlands and deep cove forests of our Appalachian botanical paradise! The combined aroma is a complex evergreen tapestry that seems to evolve as the different aromatic compounds evaporate over time. 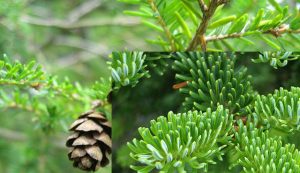 Note that “Eastern Hemlock” aka “Hemlock Spruce” is a large tree, not the poison hemlock herb that was used for Socrates’ murder. That one is an unrelated species; Conium maculatum.

A note on Sustainability:

The Southern Appalachian Hemlocks are under severe threat from the Hemlock Woolly Adelgid. We will only harvest Hemlock when an un-treated tree is trimmed, fallen or cut down for reasons other than essential oil. This particular co-distilled batch was harvested from “waste” needles and twigs from overgrown/no-spray trees on a NC Fraser Fir farm. The Hemlocks were volunteers that grew in the last 8+ years since this section of farm was last managed or sprayed. The farm owner is slowly reclaiming this section for new cultivation. 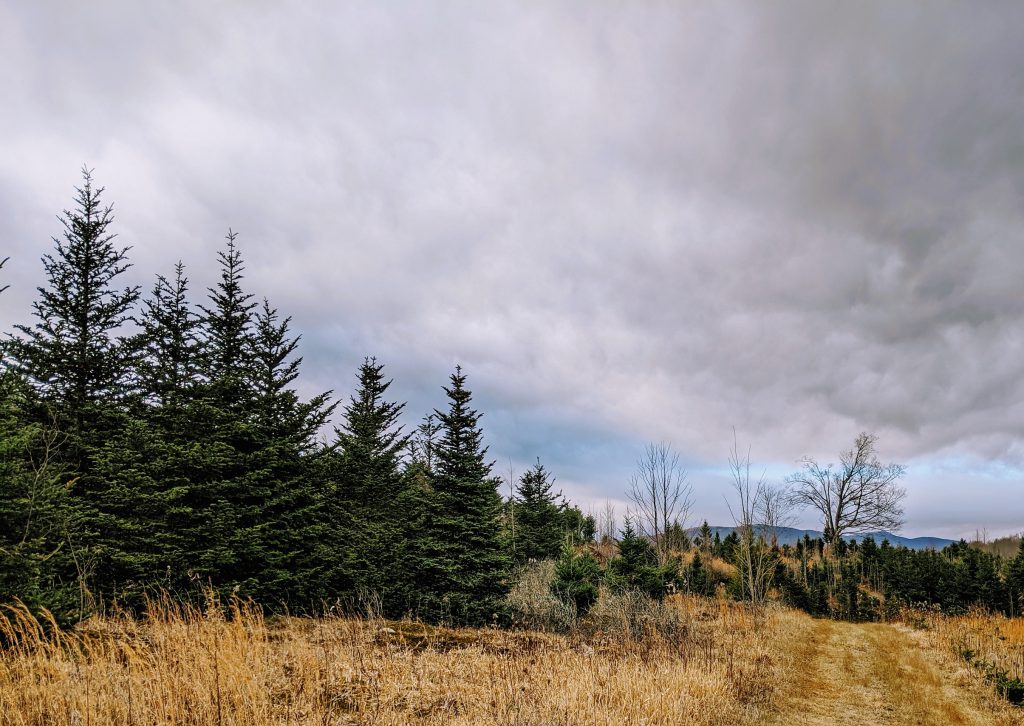